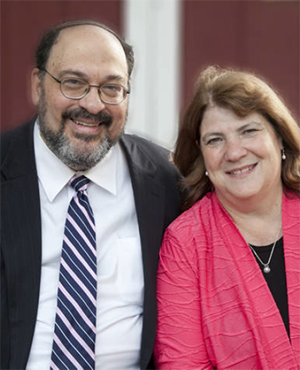 Rabbi Dvorin also has had an accomplished career as an educator, including positions as Principal at Hillel Torah North Suburban Day School and Woodfield Community Hebrew School, as well as Director of Religious Studies at Sager Solomon Schechter Day School. He was recognized by Hillel Torah North Suburban Day School’s faculty and staff for Outstanding Dedicated Leadership in 2009,  recognized by the Dolores Kohl Education Foundation for Outstanding Dedication and Service in the Field of Education in 1992; and recognized as a Selected Outstanding Jewish Educator by the B’nai B’rith Educators’ Lodge and received its annual Scholarship Award in 1981.

Robin Dvorin was the recipient of the Woman of Valor Honor from Yeshiva Women in 2004 and  is a member of the Education Committee at Hillel Torah North Suburban Day School and at Ida Crown Jewish Academy.

In October 2012, the Chicago City Council passed a resolution honoring Rabbi and Robin Dvorin for their many contributions to the Chicago area Jewish community.